Getting big only on TikTok? Don’t forget what happened to Vine 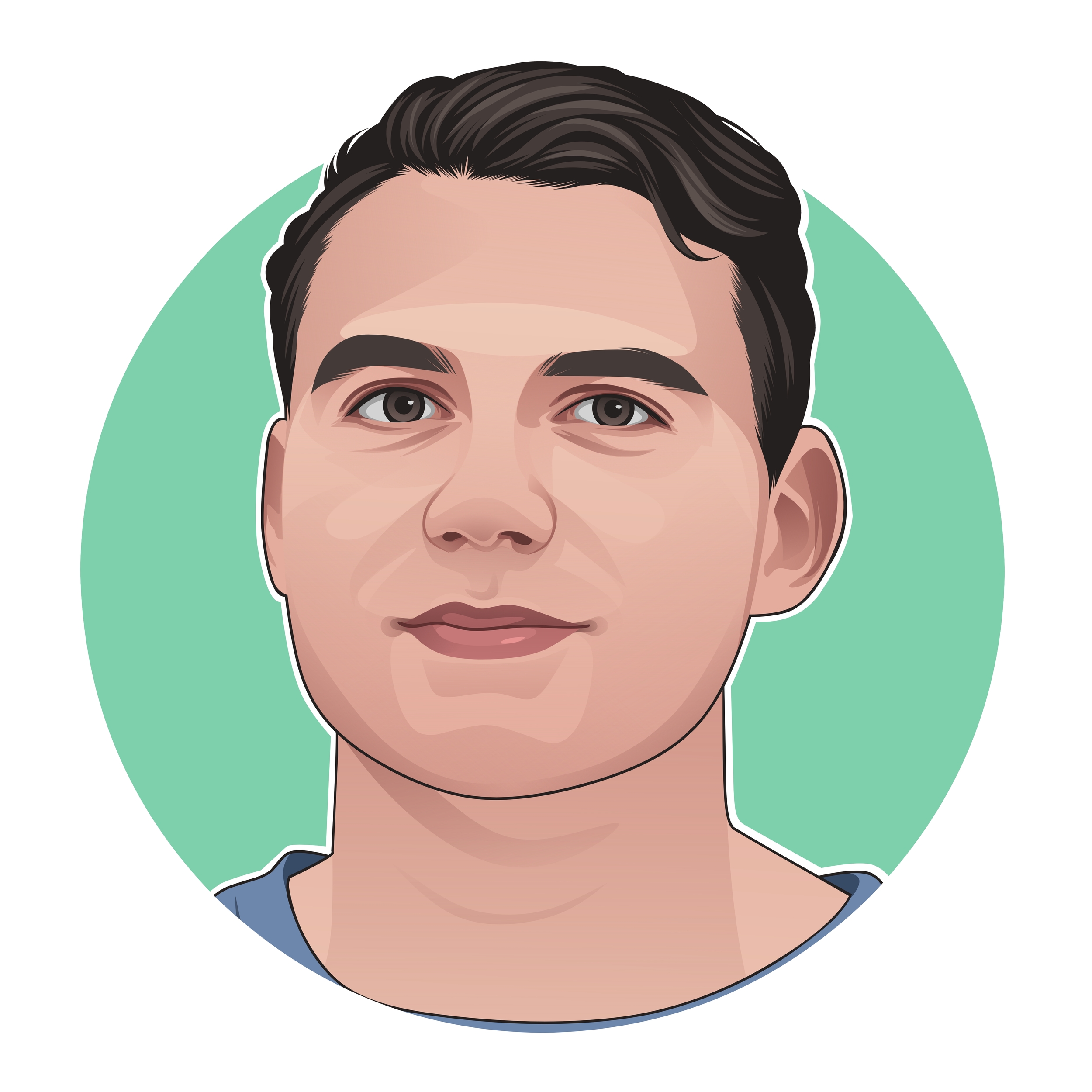 TikTok is undeniably one of the most popular social media platforms.  In January 2021, it was the most downloaded app in the App Store according to Appfigures. Whether you’re a creator or one of its 1 billion active users, TikTok is addictive.  With its short, captivating content and huge amounts of information, it is designed to give your brain that dopamine rush.  Because of its rising popularity, TikTok creators are getting big, and some are even becoming superstars on the platform.

We’ve seen the same pattern with Vine some years back, but since the platform shut down, a multitude of Vine creators lost their business models. Nowadays, many people compare TikTok to Vine, which raises the following question: Is it safe for your brand to grow on only one social media channel?  What if TikTok suddenly shuts down, just like Vine, MySpace, or Google+?  Your business model is in their hands, and you should take control of it before it’s too late.

Similarities between TikTok and Vine

We know what you’re thinking - TikTok is nothing like Vine.  They’re two completely different apps, and you’re right.  To creators and viewers, the apps are not much alike. We can’t imagine TikTok without its music library, while Vine was themed around short comedy sketches.
However, there are a few similarities the two apps share:
First off, both apps run on short user-generated looping videos.  Besides, creators using the apps could go from having no followers to a superstar overnight.  This is a result of content being able to go viral easily due to the algorithms used by these apps.

Secondly, creators can build whole businesses from their following on TikTok, similarly to Vine.  Your followers are a great asset, which you can use to promote or sell products to.

But what is an asset if you don’t really own it? You don’t own your followers, TikTok does.

The same applied to Vine.  Vine’s popularity decreased heavily until it died out completely, and as many creators built their businesses using Vine as their only platform for reaching their fans, they’ve suddenly lost all their customers.  The customers went on to use the next big social media platform - they completely forgot about their favorite Vine creators, simply because the platform they were on shut down.

What happened to Vine?

Vine had 200 million active users in 2015 and by 2017 the app shut down completely because its popularity had vanished completely. Its decrease in popularity was caused by numerous factors, with the most notable one being Instagram, which suddenly allowed 15-second videos to be uploaded on the platform.

What does that tell us?

It happened to social media platforms before, so it quite possibly could happen again.

Look at what Instagram is already doing with their newly introduced Reels feature, which is clearly a response to TikTok’s rising popularity.

What we’re trying to say here is that no social media platform lasts forever.  Therefore, building your whole brand on one platform only is not the smartest move.

There were a great number of creators who had a lucrative business on Vine.  Many of them are now empty-handed though, purely because Vine was their only channel for engaging with their fans.

When your only channel to reach fans on dies, your business dies with it.

The potential downfall of TikTok

With the app’s undeniable success, you certainly wouldn’t think it would be at risk of getting banned.  But TikTok has already been banned in India (a market that had over 500 million users), and with that, millions of creators were affected by the ban.  More notably, some Indian TikTokers lost 80% of their revenue due to the ban.
In addition, there are numerous rumors of the US planning to ban TikTok.  This is because TikTok is owned by ByteDance, a Chinese company.  The US has raised concerns regarding TikTok’s privacy policies, as user data being collected by ByteDance via TikTok may end up in the hands of the Chinese government.

Of course, this isn’t a signal for a complete shutdown already, but there has been some noise around it.  This got us to wonder: Will TikTok meet the same fate as Vine? This would mean it will grow immensely in a short amount of time and then collapse completely.

We can’t predict the future as there are many political, technological, social, and environmental factors affecting TikTok’s popularity and potential downfall.  For example, TikTok saw substantial growth during the COVID-19 pandemic - as many people stayed at home.
However, what we can say is that you should prepare for the worst and build a loyal fanbase that you fully own and control.  If your whole business model is solely based on revenue from TikTok (or any other social media platform), you are at risk of losing it.

You’re not in control of your followers, TikTok is

Reaching your fanbase through one social media channel only is a huge threat to your business.  You’re making yourself dependent on that channel for reaching your fans (or potential customers).  This is not good at all.

It might feel like you’re winning because you’re growing or making revenue, but these platforms can experience a serious downfall.

Social media platforms have a history with this.  They come and go - just look at Vine, MySpace, and Google+.

You might think that will never happen to TikTok (or any other platform), but when it does, you’ll lose everything you’ve built over the past years.  Think of all those hours you spent creating that killer content to build up a fanbase on that one channel. You’ve spent years building a business.  But it’s relying on one channel.  And if that one channel dies, your business dies with it.  Everything you’ve built up will be lost.  Just like that.

Take back control of your followers

Your followers follow you, for you.  At least, that’s what you hope for.

But oftentimes, they just started following you because they liked some of your content.

If the platform you’ve built your business on shuts down, you’re never sure which fans are going to stick with you.

You never know exactly how dedicated your followers are.  You can only hope they will stay with you when you migrate to a new platform.

Therefore, it is certainly the better option to just prepare for the worst and start taking control of your fanbase now.

It’s better to invest in your loyal fans rather than just focusing on growing your follower numbers anyways.

The fact that you’ve read the blog up to this point, means that your business matters to you.  You’re no longer solely focused on growing on that one channel. You’re focused on building your brand.

But how can you take control?

YOU need to own their data.  Not TikTok, not Facebook, not Google.  YOU.

There are many ways to achieve this.  You could set up a mailing list or collect phone numbers on your website.  But this is all very time-consuming.

A better alternative is Fangage, where you can build your own website for your fans in under a minute and start taking control of your fanbase immediately.

Taking control of your fanbase with Fangage has many benefits to your business:

Avoid the threat of losing your business, simply because you were focusing on growing on only one platform.  Take back control of your business.  Create your own website for your fans in under a minute.

5 tips to grow your fanbase and start making profits 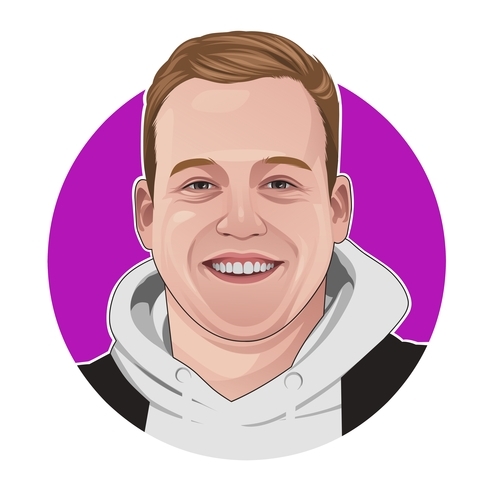